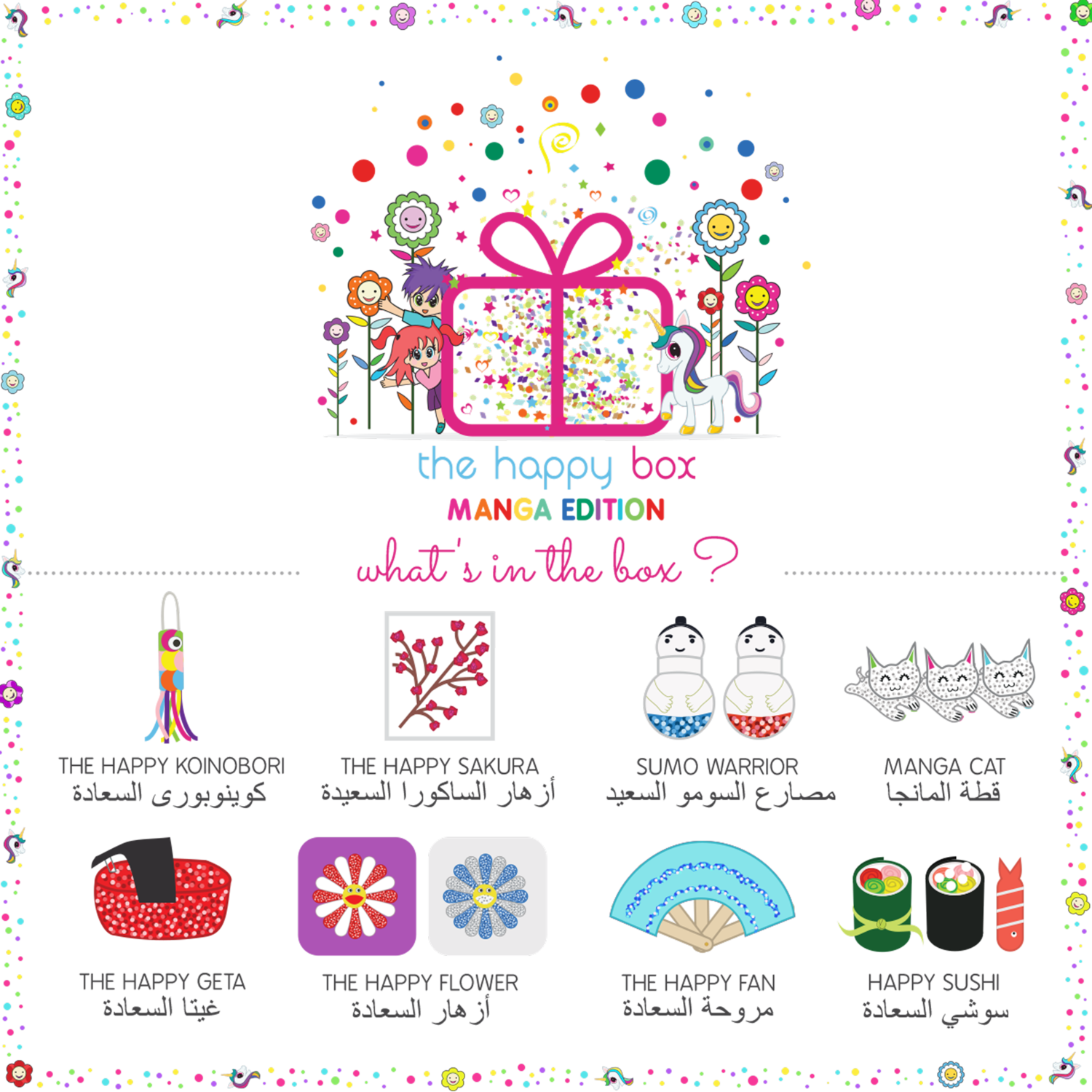 Manga is the Japanese art form of cartooning, comics or animation. Translated, the word actually means “ humorous pictures.” Created by Osamu Tezuka in 1951, his character “Atom Boy” was the first Manga character to star in a TVseries. Originally, a black and white art form - color is now used by some artists. Recognized by the large prominent eyes even someone unfamiliar with the genre can quickly identify Manga figures include small mouths, usual hair color and exaggerated emotions. Now popular worldwide, in Japan people of all ages read and follow Manga. Give it a try you might become a fan!

This box will entail 8 engaging and FUN activities inclusive of all material required to make the crafts and instructions in Arabic and English.

Save this product for later